Why you might want to reconsider buying a brand-new condo? 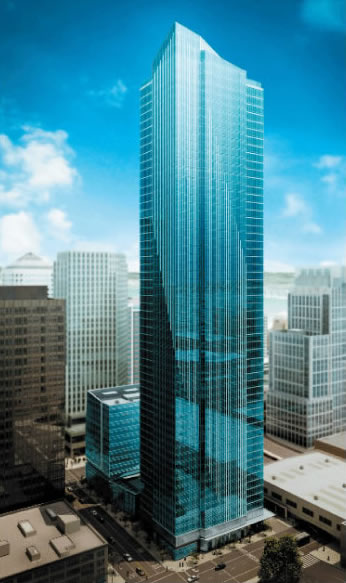 As anyone who’s shopped for a car probably knows, you’ll get a better value in the long run if you buy a slightly used auto than if you drive a brand-new model off the lot.

The same is true for condos.

In the past few years, San Francisco has experienced a boom in luxury high-rise condos loaded with amenities. A few examples include One Rincon Hill, The Infinity, and Millennium Towers(pictured below). Each has impressive features, such as heated pools for lap swimming and entertainment rooms with high-def flat screen TVs. Millennium Towers even has a restaurant, Michael Mina’s RN74, with a private room exclusively for residents.

These gleaming new high-rise condo properties are certainly compelling. And you can find some bargains, given the soft economy. The developers are often willing to cut a deal. (For more on this topic, see my interview with the San Francisco Chronicle, “High Rise Condo Market,” accessible from my Web site’s Media page.)

As a rule, though, you may get better value for your money over the long run if you buy a condo that’s, say, in a building that’s six to ten years old, such as The Brannan (which consists of three towers South of Market built between 2000 and 2002).

Think about it this way. You’re a potential condo buyer now. But look down the road a bit, from the perspective of someone trying to sell the same condo. Will it be as desirable to buyers six to eight years from now as it is today? Or will it have lost some of its edge and thus, its market value? Will you be competing with lots of other condos on the market that, truth be told, aren’t all that different from yours?

So if you’re looking for the best long-term value in a high-rise condo, at least consider a resale of a “newer” condo. You might not be quite as excited as the brand new condo’s buyer. But I’ll bet you’ll be a lot happier when it comes time to sell.