How do I find out if someone died in my house? 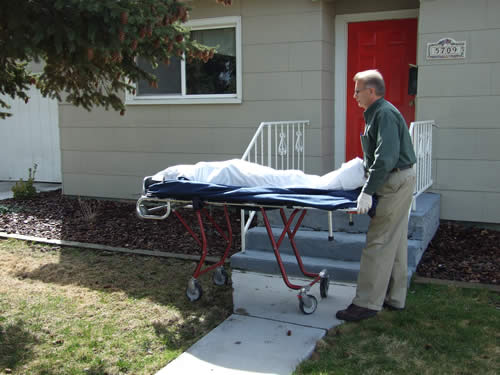 I came across an online forum recently in which someone asked, “How do I find out if someone died in my house?”

One forum member wanted to know if anyone had died or been murdered in his home on South Sleepy Hollow Drive in Tulsa, Oklahoma. If I lived on a street named after a famous short story that featured a character called the Headless Horseman, I’d be a bit curious about that, too.

Actually, this is a question I hear from prospective buyers from time to time. Some people have strong superstitions and won’t go near a house for sale if it’s known (or suspected) that someone died there, even if it was from natural causes.

So how do you find out if someone died in your home or the one you’re considering buying?

In California, Civil Code Section 1710.2 basically states that no one can sue successfully for failure to disclose a death on the property more than three years before an offer to buy or rent. The laws vary by state.

Aside from that, the law doesn’t give much guidance. My advice: If you’re the seller, the best practice is to disclose any known deaths that occurred on the property.

Talk to the neighbors, but leave the flashlight at home

If you’re a buyer, you should certainly ask the seller’s agent if there’s been a death in the house. If you’re suspicious of the answer, talk to the neighbors. Of course, you might want to casually weave the question into a broader conversation, rather than simply knocking on a neighbor’s door and immediately asking if anyone had died in the house you’re considering buying. This isn’t the kind of question you’d want to ask late at night, either (especially with a flashlight shining under your chin).

Kidding aside, how concerned should you be if you discover that someone died in the home you want to buy? I think it depends on your religious beliefs and superstitions as well as the circumstances surrounding the death. I wouldn’t worry about it unless the death resulted from a serious crime, which might have made the property notorious or indicate a larger ongoing crime problem.

Look at the big picture

Let’s face it: The older the home is, the more likely it is someone may have died there. In fact, as an About.comarticle points out, in Victorian times it was common for births and deaths to occur at home. So if you’re shopping for a Victorian home and you’re easily creeped out, you might want to buy something newer.

But let’s look at the big picture. Sad to say, death is a part of life. So are marriages, children growing up, family reunions at Thanksgiving, and all the other happy events that occur in homes every day.