Who lived in my house before me? 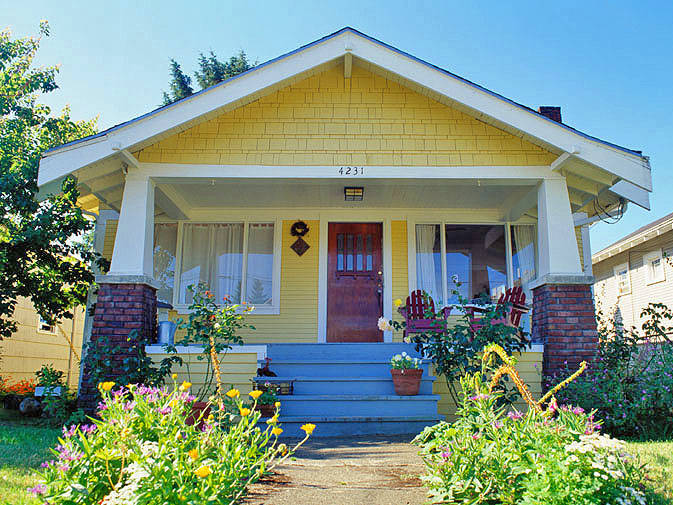 Have you ever wondered who lived in your house before you owned it? Well, you might get the chance to find out one day when someone unexpectedly knocks on your door.

If you live in a house that’s more than, say, 25 years old, there may come a day when a person arrives on your doorstep, says they once lived in your house, and wants to talk to you about it. They might even ask to see the inside.

Of course, it’s highly possible this seemingly sincere individual at your door is up to no good. To be safe, you obviously don’t want to let a stranger in your home. But it’s also possible the unexpected visitor is indeed a former owner or occupant—and you might learn something valuable from them.

For example, a friend of mine who grew up in Richmond, Va., recently returned to that city for a high school reunion. While there, he drove past his childhood home slowly, stopped, and took some photos.

Almost right away, a woman came out of the house and tentatively approached his car. She asked my friend what he was doing. He explained, offering details of the house that only someone who lived there would know. This put the woman at ease, and the two of them talked at length in the driveway about the house.

Eventually, my friend asked if the furnace room still leaked. The homeowner said yes. She and her husband were planning to dig up the shrubs and ground next to the wall where the water seeped into the furnace room, she explained. The goal was to reseal the basement wall in that area, then replant the shrubs.

“We tried that twice,” said my friend. “It didn’t work either time.” He also told the homeowner about other unsuccessful steps his father had taken to stop the leak—at least one of which the woman and her husband were considering.

Ultimately, the current homeowner was glad to have been spared the expense and hassle of trying solutions that hadn’t worked before. But she’d never have known this if my friend hadn’t stopped by that afternoon.

So don’t automatically shoo away someone who says they once lived in your house. They might have something valuable to offer, in the case of my friend in Richmond. Or, they might be able to paint a picture or fill in gaps about parts of your home or its history.

If they press you for a peek inside, you’ll have to trust your instincts.

And if you’re the one returning to your childhood home, don’t drive by and start taking pictures, as my friend did, or just waltz up and ring the doorbell. I have heard of people dropping a note in the mailbox, explaining who they are and what they want. Many have been successful.

(By the way, the Wall Street Journal recently published an interesting story on how technology helps people locate their childhood homes.)

One response to Who lived in my house before me?