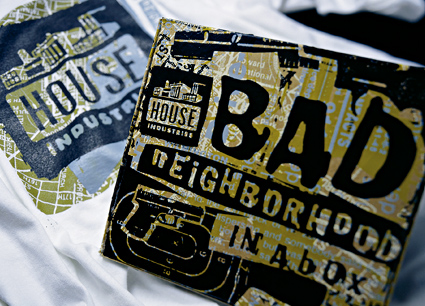 We all make mistakes. But when you’re buying a home, some false steps can cost you a lot of money, create unnecessary aggravation, or even cause you to lose out on the house you love.

Here are the top three mistakes homebuyers often make. Check back later this week for the top mistakes sellers make.

Mistake no. 1: Expecting the seller to give you credits during escrow

Don’t write an offer on a property knowing full well that you’re planning to negotiate more with the seller during escrow.

Recently, I represented a seller whose home had some termite damage and dry rot that were previously disclosed. After further inspections, and at the eleventh hour, the buyer demanded an unreasonable amount be deducted from the sale price. The buyer apparently assumed that the seller, not wanting to put the house on the market again, would agree, just to close the sale. That wasn’t the case at all. The seller agreed to  reduce the price some, but not the full amount the buyer wanted.

The buyer ended up walking away from the deal. The condo sold soon after to somebody else at a higher price than was originally negotiated with the first buyer.

I’m not suggesting you shouldn’t ask for credits, especially if an inspection turns up potentially costly repair work. But even in a buyer’s market, don’t assume you can get sellers to cave in to unreasonable demands during escrow.

Mistake no. 2: Getting caught up in the quest for a deal

You can find some great opportunities in this market—especially if you have a lot of cash and buy a foreclosed home on the courthouse steps. Or, you buy into a neighborhood that’s in transition now but on the rise.

But generally speaking, it’s a rare home that’s well built, in a good neighborhood, isn’t a foreclosure, and is selling for well below market value. Unfortunately, a lot of buyers become fixated on finding that rare deal—to their own detriment.

For example, I know someone who spent three years looking for the best “deal” she could possibly get, passing up on nice opportunities along the way. She was looking for something that just didn’t exist. Eventually, her landlord wanted to sell the place she was renting. This forced her to finally buy. And she ended up buying at the top of the market.

Ironically, if she hadn’t held out for so long, hoping to get an amazing deal, she’d have saved herself a lot of money and time. She’d even have some equity in a home by now. Instead, the home she bought has lost equity.

Mistake no. 3: Doing it all yourself

The Internet is a fantastic resource for home shopping. Sites like Zillow.com, for instance, are a great way to get ideas of what’s available and what you might expect to pay.

But buyers often get into trouble when they think they can handle the entire process—the negotiations, the contracts, the closing—themselves. The reality is, buying a home is a complicated transaction, with many variables. And there’s a lot at stake financially, particularly in expensive markets like San Francisco and New York.

That’s why you need a local real estate expert—an experienced Realtor who has solid relationships with the local real estate agents, has visited comparable homes in the neighborhood, knows the typical obstacles to avoid before they become problems, knows how and when to bargain, and knows how to be your advocate.

Also, many sellers and real estate agents are wary of doing business with buyers representing themselves. Because these buyers typically aren’t seasoned real estate experts, they can make mistakes that throw a wrench into the process, sometimes at the last minute. So if it’s a choice between (1) a qualified buyer with an agent and (2) a qualified buyer without representation, many sellers will pick door number one.