Best cities for families in 2010 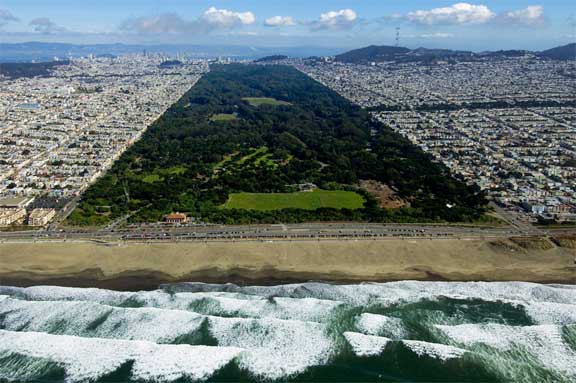 Parenting magazine recently released the results of its Best Cities for Families 2010 survey. The survey ranked 101 small and large U.S. cities based on health, safety, education, economy, and recreation.

San Francisco landed roughly in the middle of the list, at no. 54. The number one city: Arlington, Va. The city bringing up the rear at no. 101?  Detroit.

No doubt anyone who lives in San Francisco could pick a fight with Parenting over these rankings.

The no. 86 ranking for recreation alone is worthy of a challenge, given the access locals have to amazing recreation spots like Golden Gate Park (pictured), the Marina, Ocean Beach, as well as the Sunday Streets program. It appears this ranking is based on quantity of parkland acreage per 100,000 people, rather than the quality of recreation options, which is obviously subjective.

So like any survey of this kind, you shouldn’t take the results too seriously. It’s expensive to own a home in San Francisco—which can make it a lot harder for those with kids to live here. (We have more dogs than kids, as widely reported a few years back.) But the city offers lots of advantages—a beautiful natural setting, diversity of people, cultural attractions, for starters—that can’t be quantified with numbers.