Mortgage meltdown trend: The wealthy are walking away from their homes too 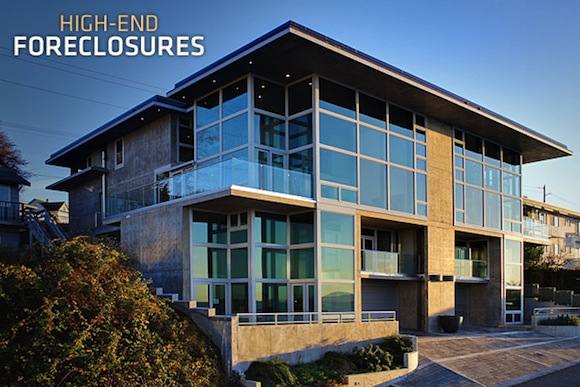 There’s an old saying: The rich are different. But lately, that difference is shrinking, as some affluent homeowners face foreclosure and struggle with mortgage payments just like everyone else.

Folks who bought at the top of the market with 10 percent down are faced with life changes (job transfer, divorce, new kids) that require them to sell. Unfortunately, they’ve seen their property values drop anywhere from 15 percent to 30 percent.

The Times article uses the pricey Los Altos suburb, south of San Francisco, as an example.

“Five properties (in Los Altos) were scheduled for foreclosure auctions in a recent issue of The Los Altos Town Crier, the weekly newspaper where local legal notices are posted,” the Times reported. “Four have unpaid mortgage debt of more than $1 million, with the highest amount $2.8 million.”

Not too long ago, “it was a surprise if we had one foreclosure a month,” the Town Crier’s ad director told the Times.

The trend could be getting worse

While this trend has been getting more attention lately, it’s been building for a while now under the radar. And I think it’s far from over.

For example, in the second quarter of 2009, 83 homes costing $1.5 million or higher were sold in San Francisco, according to MLS. By comparison, 99 such homes were sold in San Francisco during the second quarter of 2010. And as of this moment, there are about 132 active listings in the city in that price range—an indication that the trend may be worsening.

Holding out as long as possible

Affluent homeowners have been trying to hold onto their properties for as long as possible. They usually have the means to do so, by cashing in stock or tapping their IRAs, that other homeowners might lack.

But at some point, it may no longer make sense to keep pouring money into a souring investment. That’s when wealthy homeowners think about trying to sell their properties for a loss. The luckier ones might be able to go to plan B, stay in their home and wait for the market to recover.

In worst-case situations, affluent homeowners simply can’t make the mortgage any longer and their other resources are dry. When that happens, the million-dollar-plus mansions go into foreclosure or are sold in short sales.

Unlike with lower-priced homes, sales of mega-homes are often handled with more discretion. The sellers may try to take on a silent partner or sell it quietly off the market. If it does have to go into foreclosure though, you will see it listed as such.

The bottom line? This is a terrible time to try and sell a luxury home, but if your resources are depleted, you may have no other choice.

On the flip side, it’s a pretty good time to buy a high-end property, if you have the means.

Generally speaking, you can get more home for your money these days in the high-end market. One way to spot a good deal is to find a homeowner whose mortgage loan amount is equal to or greater than their home’s sales price. Your Realtor can find out that information for you.