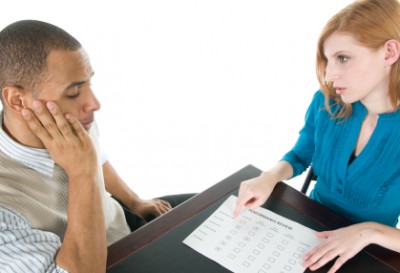 What extra steps would you take to sell your home in this market? Display a bowl of oranges in the kitchen? Bury a statue of St. Joseph in the back yard? Serve a shot of whiskey to a ghost?

The Wall Street Journal ran a piece this week about the best ways to sell a house called, appropriately enough, “Desperate Times, Desperate Measures.” The article outlined creative strategies home sellers were using to motivate buyers, some of which are based in superstition and religious beliefs.

The article also mentioned that some sellers bury St. Joseph statues in their yards for good luck. The practice probably goes back to the story of a nun in the 1500s who deep-sixed a St. Joseph medallion to “help her find land to build a home where she and four poor women could live,” according to the WSJ. “At some point, the medallions were replaced with statues.” I’ve been known to bury a St. Joseph in the back yard of properties I’ve had a hard time selling. There’s an entire industry around it.

A shot of whiskey on the stairs

I know of another creative strategy to try: hiring a medium to rid the house of pesky ghosts.

A client of sold her single-family home near Golden Gate Park. The house is over 100 years old. It showed well and was priced well, but it had been on the market for over three months. And though we had a lot of calls on it, we had zero offers.

My client decided the property wasn’t selling because of the spirit she believes inhabits the house. She called a medium to ‘clear’ the house. The medium came over and found the spirit under a staircase. According to the medium, the ghost said it would leave the house when the owner left. In the meantime, the spirit requested that a shot of whiskey be left out for him on a regular basis.

And so my client left a shot glass of whiskey on the staircase. We received an offer four weeks later.

Get the word out, bring traffic in

Ultimately, a home sells because it’s priced right and shows well. That’s true now, and it’ll be true tomorrow. But in this buyer’s market, anything you can do to get people to see your property and build a positive buzz about it is worth considering.