How is Square Footage Measured? You’ll Be Surprised 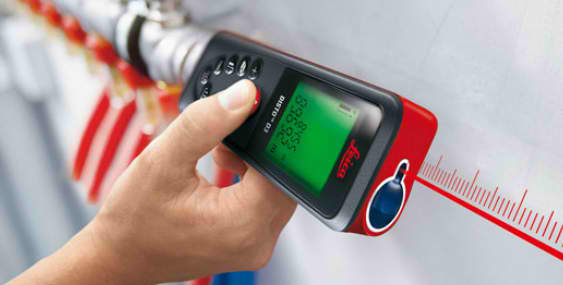 I doubt there exists a buyer in the entire world of real estate who hasn’t asked, at one time or another, what is the square footage of a particular property. The fact is, however, measuring the size of a home isn’t an exact science.

You can hire three different appraisers to measure the same house and they may come up with three different measurements. Because there are multiple ways to measure and different mechanisms used, the physical act of measuring can be done differently. Some appraisers will measure square footage with a good old measuring tape, albeit a large one. Others come equipped with those new state-of-the-art laser devices. I have been present when an appraiser will just eyeball a difficult-to-measure space or even do the wide-arm measurement. The point is, there aren’t any universally applied standards.

What does this mean for sellers and buyers?

I once represented a client with a $2.5 million home for sale in San Francisco. Against my wishes, the sellers insisted I list the square footage in all of the marketing materials as 3,450 square feet. They showed me a copy of the floor plan and recent drawings from an appraiser. I reluctantly agreed to add the square footage and supplied the appraiser’s drawing and measurements with the property disclosure statements. I added my own disclosure, stating that square footage is not an exact science, that the number should not be relied upon as fact, and that multiple appraisers may measure multiple ways.

We received an offer. The buyer had all of their property inspections, reviewed city reports, and signed off on all the disclosures. Their agent came back when it was time to release the loan and appraiser contingency. The appraisal came in 30 square feet less than the seller’s appraisal.

Because of the discrepancy, the buyers wanted a $25K credit off the purchase price. The home had not gotten any smaller since the buyers first wrote their offer. Yet the buyers felt that the home was misrepresented; that they wrote an offer thinking it was something it was not. The seller ended up having to knock off $25K just to get the deal done. I believe that the buyers still would have written the offer, and for the same price, had we not listed square footage.

Dozens of lawsuits make it to court, and tens of thousands of dollars are spent arguing over as little as 50 square feet. That’s why my advice to sellers is to avoid listing square footage when possible. I know you want everyone to know how big your house or condo is, and you want every last piece of space to be included. However, as in the case of the seller who had to forfeit $25K, doing so can come back to haunt you. Buyers are coming to your home because of its location, price, number of bedrooms, bathrooms, parking, and the pictures and description they read online. If you leave out square footage, they are still going to come.

Often times, without mention of square feet in any of the marketing remarks, buyers will turn to city tax records for that information.  These numbers often neglect previous renovations, expansions or improvements.  In the case of new construction, in some markets, these records are pulled from architectural drawings done by the developer, and submitted to the city before the property is built. This is often considered a “walls out” measurement, meaning the footage includes all of the space to the exterior wall.

As a result, a buyer they may think their potential new condo is 1,600 sq. ft. because the “city says so.” But when the appraiser comes inside the condo to measure, he’s usually using a “walls in” measurement — which often yields a square footage lower than what the architectural drawings state. Depending on the size of the home, the space between those walls can add up.

Buyers want to know the square footage of a home they are interested in. They want some idea of the size of the house they’re serious about. They want to know exactly how much house they’re getting for the money.  But these numbers should be used only as a reference point.  A buyer should never make their home buying decision based on square the square foot of a home.

There are some situations, such as buying in a larger condo building (especially newer construction with identical finishes), when buyers are particularly interested in the price per square foot. They want to know this in relation to comparable sales. In these and other scenarios, my advice is to take square footage information with a grain of salt and don’t get too hung up on it.

A successful Realtor I worked with in San Francisco used to respond to buyers’ “what is the square footage” question with, “I haven’t measured it. Does the size of the house seem to work for you?” Her point was that a buyer either feels like the space is right or not, and that feeling is more important than a figure that may or may not be real.

3 responses to How is Square Footage Measured? You’ll Be Surprised