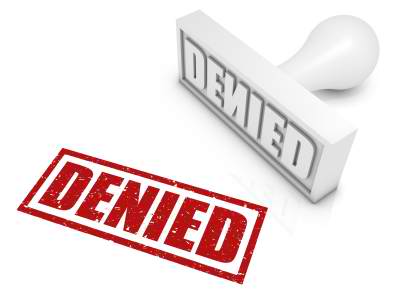 If you haven’t been active in the real estate market in the past few years — buying or selling a home — the term “Appraisal Management Company” (AMC) may mean nothing to you. But it’s important to understand what an AMC is and how appraisals work, because nowadays, the appraisal can be a potential deal-killer when you’re trying to sell, buy, or refinance.

On the Verge of Closing the Deal

Imagine that you’ve found a home you really love. You and the seller have come to terms on a fair market value. You’ve had the property inspected from top to bottom and reviewed all of the seller’s disclosures. You’ve submitted every last piece of financial data to your mortgage broker, and you’re already picking out new paint colors because you think it’s a done deal.

Then, you get an unexpected call from your mortgage broker, saying the property didn’t appraise at or even near the fair market value. This turn of events could easily scare a first-time buyer from going through with the purchase. For a more experienced buyer or seller, it becomes, at a minimum, a major kink in the process.

Unfortunately, this scenario is happening now more than ever in all markets throughout the country.

In May 2009, the Home Valuation Code of Conduct (HVCC) was adopted. The HVCC was meant to reduce the potential for the type of inflated property appraisals that often occurred during the real estate market boom, which some believe contributed to the subsequent bust.

Back in the day, in some situations, appraisers and mortgage folks (as well as real estate agents and buyers/sellers) were working in cahoots to get a property to appraise at a high number just to get a deal done. Lenders sometimes turned a blind eye to get a loan through. The goal of the HVCC was to put a distance between the appraiser and the bank or broker, in order to get a truly independent appraisal of the property.

In theory, it was a good idea. In practice, it is sometimes railroading legitimate purchases and making it impossible for sellers to sell, buyers to buy or homeowners to refinance.

Since HVCC’s passing, the lender — instead of selecting a preferred, locally experienced appraiser — may order an appraisal through a third-party AMC.  These new companies will often price an appraisal at half of what an experienced, local appraiser would charge. The AMC, in turn, may hire the least expensive appraiser, someone from outside the area. Many times, the out-of-town appraiser isn’t a member of the local MLS, nor are they even familiar with the area. This can result in appraisals that are considerably off the mark from a property’s true market value.

I’ll give you a couple of examples.

Last spring, I had a buyer make an offer on a condo for the seller’s asking price the day it went on the market. It was an open market sale, and there had been a foreclosure in the building six months earlier. However, there were other recent comparable sales nearby to support this newly renovated home’s asking price.  Even so, the appraiser hired by the AMC focused on the foreclosure as well as other distressed sales that weren’t comparable. In fact, she appraised the property for $100K less than the asking price. Everyone involved in the deal knew the appraiser was off, but we were stuck. We went through the bank’s appraisal dispute process, supplying other comparable sales, but our efforts failed. The loan was denied.

One option was to change lenders. This would have required extending the loan contingency period and escrow, completing a new loan application, and starting over. The other option was to renegotiate the purchase price half-way between the offer price and the appraised price and get the buyer to bring in a larger down payment. The buyer, freaked out by the entire process, preferred the latter but the seller did not. The deal fell apart. Within a few hours, another buyer came in with an offer. The property ended up selling for the full asking price. Though my buyer understood what was going on, in his mind the “appraiser” was this third-party objective person not tied to the outcome of the deal. And if she was saying he paid too much, that didn’t sit well.

Another Appraisal Was Off by $75K

I listed a large single family home in San Francisco with a small legal studio in-law unit below. The home was owner-occupied. The owners used the studio for guests and family members. Also, the home had beautiful views. The AMC-hired appraiser, who told me he’d never been in this neighborhood, appraised the house by comparing the property to multi-unit, tenant-occupied investment properties with low rents where the units were equitable, such as two flats. Not surprisingly, the appraisal was off by $75K.

What You Can Do About It

Most banks have a process by which you can dispute an appraisal. This generally requires the buyer or their agent to supply other comparable sales and explanations as to why they think the appraiser’s value is off. The review takes some time and can go either way. If it fails, you may or may not have options.

It makes the most sense for all parties to work together to keep the deal going.

Heading Off These Problems

The trick is to avoid getting into this situation to begin with. If you’re a seller or a listing agent and you get a call from an appraiser to set up the appraisal appointment and they have an out-of-town area code, that might be your first red flag. Ask them on the phone if they’re familiar with the area, if they’re a member of the local MLS, and how many appraisals they’ve done in the area in the past six months. If you feel the appraiser isn’t experienced, you can ask for another.

You might point out that one comp didn’t have a view, that the kitchen for another comp wasn’t renovated, that a third comp was in a superior location or had an unbelievable deck off the kitchen, or that comp no. 4 was a distressed sale.

Most appraisers will appreciate the data, though some will not, depending on how you deliver the information. Pushing him or her around with comps or seemingly treating them disrespectfully will only alienate the appraiser and hurt your deal. My advice is to treat the appraiser not as an enemy, but as a member of your team.