RELO 101 – What You Should Know About Relocation Packages 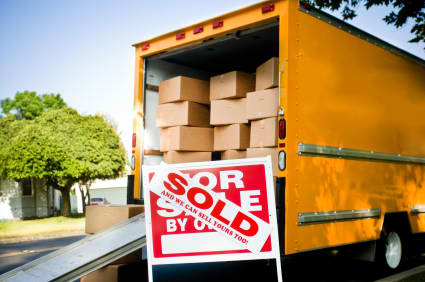 Companies often hire employees from out of the area or transfer existing employees to another office. When this happens, a relocation package — or RELO as it’s known in the real estate world — may come into play.

Usually a third-party RELO company handles nearly all aspects of the employee’s home sale on behalf of the employer. In brief, RELO packages offer financial incentives to employees who must sell their current home and buy a new one in the city to which they’re relocating.

Here’s what you need to know about RELO packages.

The RELO package you’re offered can depend on the type of job you have, how senior your position is, and/or how long you’ve been with the company. The more the company really wants you to take the job, or the higher up you are in the organization, the better your RELO package is likely to be.

At a minimum, a company will usually pay for your moving expenses — the boxes, the movers, and even temporary housing in the new city while you look for more permanent housing.

You may get closing costs and a lower interest rate

Many companies take it a step further, offering incentives for purchasing a home in your new city within one year of relocating.

The company may pay some or all of your closing costs, so there’s little out-of-pocket expense for you. Even in this economy, companies that are doing well, or that are working hard to court you as an employee, may also buy down the interest rate on your new home’s mortgage or give you a loan at a super-low rate.

Some companies will also provide down payment assistance.

A choice of agents

The third-party RELO company often provides you with a choice of real estate agents to work with, though you can ultimately chose your own. Generally, the agents who work with RELO companies are guaranteed a steady stream of buyers — and they pay a hefty referral fee to the RELO company.

RELO packages will often help you sell your existing home so that you’re free to move for your new job. The RELO package will usually pay your closing costs, including real estate commission. This can be a huge savings, particularly now, with real estate prices down.

Selling at a loss? No worries

In the event you must sell at a price less than what you owe, your employer may cover the loss.

To make this work, the RELO company sends a few agents to do a broker marketing analysis, similar to a Comparative Market Analysis (CMA). You and the RELO company discuss the price and options, but ultimately you choose the agent and the price.

RELO situations can stretch out the process

If you’re a buyer working with a RELO company on a purchase, the timing will be a little longer than normal, and you’ll have more paperwork to sign.

On top of the seller’s disclosures, the RELO company will likely have its own contract and disclosure documentation for the buyer to review and sign. If you like the home, be patient. You may in fact have to do some negotiations with both the seller and the RELO company.  In addition, you may be subject to some verbal negotiations prior to actually signing an offer.  It’s all part of the process.

A “Guaranteed Buy-Out” is the RELO package jackpot

A very high-level person courted by a company may be offered what’s known as a Guaranteed Buy Out (GBO). The GBO essentially removes nearly all the risk from the employee/seller.

With a GBO, the RELO company hires two independent appraisers prior to listing the home. If you, as the seller, are unable to sell the property on your own and within a certain time period, the RELO company agrees to buy your home for the average of the two appraisals.

There was a case in San Francisco in which an executive was transferred just as the real estate market was crashing. His three-bedroom condominium was originally listed for $1.75 million and, after several months of marketing, was taken off the market. The buyout happened as agreed. The real estate market continued to fall. The RELO company—rather than the employee—ended up taking the hit, ultimately selling the condo for close to $1.2 million.

Buyers considering purchasing a property being sold in a GBO should do as much due diligence as possible. That’s because the RELO company, much like a bank owning a foreclosed home, doesn’t have any history with the property (as a homeowner would) and therefore won’t be able to provide much assistance. So you should inspect the property top to bottom, see it in multiple lights, and do your best to glean as much information as you can.

Also, be aware that even though the RELO company wants to get the property off their books, they may or may not be more flexible on price, depending on the situation.