Homeowners Association Rules: What You Should Know Before You Buy 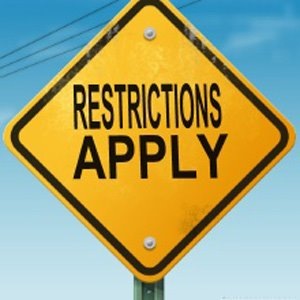 Homeowners association rules are designed to protect home values and the quiet enjoyment of the homeowners. But they can be excessive, too. In Indiana, for instance, the president of an HOA recently directed a homeowner to implant a microchip in her dog.

That’s why you should closely examine the HOA before you buy. Start by asking the seller for copies of the HOA documents (meeting minutes, financials, house rules and governing documents). Then do the following:

1. Read the Past Year’s Minutes

You’ll learn a lot about the HOA’s inner workings from the minutes, such as the politics, how enforceable its rules are, how the HOA works, who’s on the board, and how flexible or difficult they are to deal with.

Look for discussions of an upcoming assessment or any major project (painting, roof repair, boiler replacement). Other potential red flags include documented conflict between homeowners and board members.

In a suburban subdivision, typical rules include restrictions on how your home looks from the street. In a condo building, restrictions often cover noise, such as a requirement that 85 percent of hardwood floors be covered by rugs or carpeting.

3. Check Out the Financials

Watch for HOAs that can barely cover their monthly expenses. Since the housing crisis began, many HOAs have been forced to foreclose on homeowners who are delinquent in their HOA dues. If one-third of homeowners aren’t paying their dues, that affects everyone. The money has to come from somewhere.

Check to ensure there’s an adequate reserve fund. If there is only $5K in reserves and the meetings include a mention of major repair work, assume that the project’s funding will come from a “special assessment.”

What Should Sellers Do?

If you live in an HOA that has some issues, disclose them upfront, just as you would a leaky window. If a buyer finds out about something major after the fact, it might come back to haunt you. Work with your real estate agent and strategize the best ways to make the HOA documents or disclosure information available to potential buyers during escrow.

One response to Homeowners Association Rules: What You Should Know Before You Buy