Home Seller Tips — How to Give Buyers What They Want 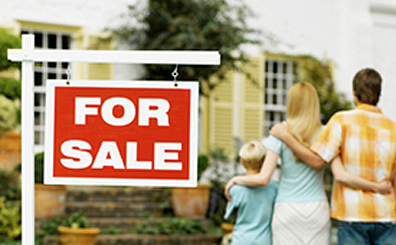 How do you give buyers what they want? A lot depends upon your ability to think like buyers. I’ll explain what I mean with two examples, and I’ll provide some home seller tips.

Example no. 1: A home that doesn’t sell

Many sellers start out thinking they don’t need to update their home. And then their homes sit on the market. And sit.

Let’s imagine this seller’s home. They’ve lived there 30 years, raised their family, and now want to move on. They don’t exactly know where they want to go after they sell, but they’ll figure it out later.

And herein lies the problem. Without an exit strategy or solid post-sale plan, the sellers aren’t in a position to sell in today’s market. As a result, they reject the pricing or home preparation suggestions of a great local agent. Instead, they go with the agent who tells them what they want to hear.

They list the home as-is. Local agents tour the home. And they leave with a negative first impression. They aren’t excited about the house, and that comes across to their buyer clients.

All the while, the number of days the home sits on the market grows. Every potential buyer thinks there’s something wrong with the house. The seller cycles through two or three agents. A a year later, they sell the house for much less than they should have. All the while they’ve paid taxes, mortgage interest, and maintenance costs.

Example no. 2: A home that does sell

Now imagine the home that got snapped up at the seller’s desired price. These sellers reached out to their agent well before they planned to move. They had a desire to downsize and move closer to the city.

They didn’t have an exact plan just yet but wanted to be in touch with agents to understand the market, its dynamics, and what would be required of them to sell successfully. Working with their agent, they put a six-month plan in place to organize an estate sale, move their oversized furniture to storage, and make necessary repairs to the home.

They also invested money in light staging and small cosmetic changes, including painting Suzie’s bright pink room a more neutral color, and removing their old window coverings. They traveled down memory lane as they packed up old photos, diplomas, and decorations from the African safari they took as a family 10 years ago.

They understood that the home, as they lived in it, isn’t what today’s buyers want.  Meanwhile, they’ve explored their next stage of life options and decided to rent in the city for a year.

Once they made that decision, they were ready to list. The local agents tour and love the house. The listing receive lots of buyer activity, and the sellers have a deal within 30 days, and can move on to the next phase of their life.

Remember: Your home is an investment for buyers

Sellers need to realize that while it’s their home first, it’s also an investment. If a well-intentioned agent says your home isn’t salable in its current condition at your desired price, you may feel insulted. But it’s important to consider the perspective of today’s buyers.

The buyers are the customers, after all. Imagine walking into a shoe store to find that they don’t sell the latest model of Nike sneakers. If so, you would walk out and locate the store that did, right?

Most buyers want a turn-key home. They don’t want to spend a penny on repairs or upgrades, and they don’t have time to do the work. They have busy schedules and  demanding jobs. The thought of closing on a home and then hiring an architect, painter or a designer is more than they can handle. They want a clean, move-in ready home that they can show off to their friends on day one.

Show them a home with gray or white walls, newly finished hardwood floors and lots of white in the kitchen and bathrooms, and they’ll jump on it. If you invest time and money in preparing your home before listing, it will sell quicker and for more money. And that’s what every seller wants.